a Jam Entry for the Magical Girl Jam 2020

disclaimer: this demo will contain themes of suicide and murder that may be sensitive to some! please proceed with caution!

THE STORY (OR ITS BASIC PREMISE, AT LEAST)
Akane, a sharp-tongued student with a distaste for anything that doesn't involve academics, intends to spend her school days with a textbook in hand, at the top of the class's ranks. Unfortunately, her plan for total academic excellence is thrown out the window when a random boy claiming to be a 'magical girl' tells her that a boy is about to jump from the school roof and it's her 'divine duty' to stop him!

Things only get worse from there as she discovers that not only do these so-called 'magical girls' exist, but so do monsters born from people's darkest emotions! She now has to not only battle these monsters and deal with her classmate's emotional turmoil, but also avoid Joy's constant nagging to become a 'magical girl'.  Worst of all, there's a gorgeous girl in her class that's hell-bent on spending time with her!

Battle monsters, Joy's constant pestering, and your own feelings in The Distorted Case of Magical Girl Akane!

THE CAST (AKA. THE ONLY PEOPLE YOU REALLY NEED TO CARE ABOUT RIGHT NOW)

Akane: A cold, serious girl who only cares about her studies. She's often quite blunt, to the point of being callous and rude. As you can probably already tell, she's not the soiciable type. She's also a master of denying her own feelings. Yikes.

Magical Girl Joy: No, he's not a girl. He is, however, as his name suggests, pretty joyful! He's also loud and bubbly to the point where it’s kind of annoying. Very dramatic. He's a student as well, and lives his life doing whatever makes him happy! He's also allergic to textbooks and studies, but it's a self-diagnosed ailment.

Yua: A ray of sunshine. The cutest person you will ever meet, and the sweetest! She's kind and gentle, and always wears the most adorable smile on her face! She's incredible at helping others and is always happy! She meets Akane on the rooftop and is determined to get close to her! She's also best girl because you have to trust me, I'm the writer.

THEMES INCLUDED IN THIS DEMO
- Magic and Miracles are Real!
- Can You Face Your True Feelings?
- I Was Stupid... So Stupid!
- This Just Can't Be Right!

Short and sweet. Cant wait for the full game~!

fun game but i can't find the roof

This was really fun to play! The art is great and I like the mechanics. 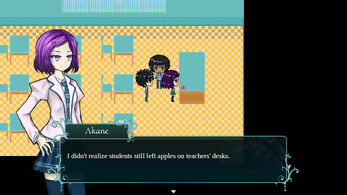 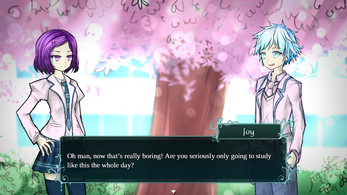 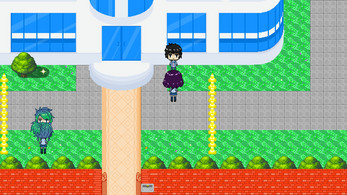 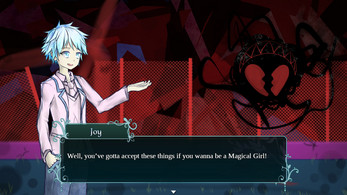 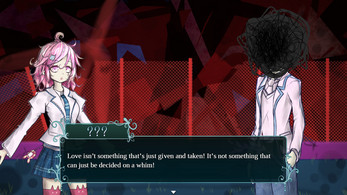 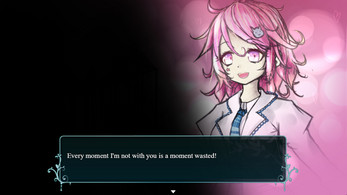